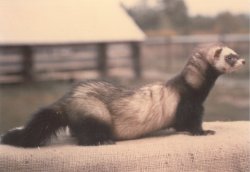 Our company began back in 1939, with a young farmer and his unique interest in raising ferrets. Our founder, Gilman Marshall, actually started raising ferrets as a hobby, as at the time ferrets were used for hunting small game and rodents. Initially Marshall's ferrets were marketed to the public as pets, and for hunting rats and other pests. However, when the ferret proved to be a valuable model for the development of canine distemper vaccines, Marshall saw the growing need for providing healthy, well-tempered animals to advance medical discoveries.

As it became common among pharmacologists to use multiple species to understand the way new drugs interacted with the body, it became standard practice to use dogs in addition to rodents in the development of new drugs. In 1962, motivated by changes in the FDA regulations regarding the testing of new medicines, the Marshall family established a colony of beagle dogs specifically for this research. From the very beginning, the Marshalls placed a priority on the health and well-being of the animals raised in their care, and they knew that in order to produce the most accurate and reliable study data, the dogs needed to be healthy and well acclimated. The Marshalls also created a culture of collaboration with their customers, and encouraged customers to provide feedback and share their needs. This culture has continued through the decades, and the Marshall Beagle® is now well recognized worldwide.

Over the years, we have added many additional species; and today, Marshall BioResources has locations all over the world. However, even though we are a global company, we have still remained a family company. The company is led today by Scott Marshall, the grandson of our founders Gilman Marshall and his wife Ina Marshall. Our values and dedication to our animals and our employees has not changed since we were a small farm in a small town several decades ago.